If you already use Facebook, but sometimes find it confusing or think you could get more out of it if only someone showed you exactly how…

And I wouldn’t blame you. Especially when you hear of people with hundreds or thousands of “friends” – that they’ve never met. That’s bonkers.

But there’s a different way you can use it. A way that’s all about being close to your real friends – and your family.

Sometimes the small, day-to-day things you share are what really matter
It doesn’t mean you drift apart necessarily. But it’s harder to share the small things. The news that little Johnny got 87% in a spelling test or Emily just scored the winning goal in her school hockey team. Or seeing a baby walk the first day she took steps…or a picture of a grandson, with the cake he’s just baked and is so proud of (or 10 minutes later, with it smeared across his chops!)

That’s why I think Facebook can be worthwhile. It makes it easier to share the small things as well as the big things.

And that’s not all – you can use it to send messages directly to one person – a bit like email but easier and they usually see it quicker – use it to send a good luck message minutes before an exam for example.

From Australia to the local village…
You can use it for video phone calls (a bit like Skype or Zoom if you’ve ever used those) – to anywhere in the world, for free.

And you can use it to spread the word about things locally in the community – getting everyone to look out for a lost cat, tell everyone about a village fête or warn about a flooded road.

“It’s obvious” – ha! Maybe if you’re a fully-blown techie!
The problem has always been knowing how to use it. Facebook the company (or “Meta” as they like to be called these days!) is run by proper full-on techies. And they seem to assume everyone else is as well. “There’s no need to explain how it works.” they say “It’s obvious”. (I’m not sure I can print my reply to that.)

And if you don’t know what you’re doing you can get yourself in a right pickle.

That’s why we’ve written Facebook One Step at a Time – 2nd Edition… a fully updated and expanded version of the popular book we brought out back in 2017. (We’ve also written a second book this time, that I’ll get to in a minute…)

Facebook One Step at a Time explains everything right from the start – how to set up a Facebook account (free but it can be confusing), how it works, how to use it to keep in touch, where to start, how to share updates, photos, videos and so on.  As well as some of the slightly less obvious features that can actually be really useful. Things like finding businesses, and Facebook groups for a society, club or interest. (Useful if you have things you’re interested in – most people do!)

What if half my family uses Facebook, but my daughter insists on using Instagram?
There are so many different options out there, that sometimes just knowing how to use Facebook isn’t enough…  If someone’s shared some news, is it on Facebook, Twitter or Instagram?  You can send messages and make calls through the Facebook website, but how do you do it on your phone? Well, you need a separate app for that – obviously!  And that’s where our second book comes in…

The second book: Messenger, WhatsApp, Twitter, Instagram… and the rest, shows you how to use “Messenger” – the built in messages and video phone calls feature in Facebook.  And it takes you through a whole load of other options for keeping in touch.  What’s Twitter actually for, anyway?  Why would you want WhatsApp as well as Messenger?  Is Instagram the same as Facebook?  This book makes it all clear.

Finally nice and simple – so Facebook becomes easy to use
Everything’s explained simply, in step-by-step instructions with lots of pictures of the screen showing you exactly what to do.

It makes it quick and easy to set it up and start using it.

Not only that, it also explains what the different features are and what you might want to use them for. That way you know which bits you might want to try and which ones you can ignore (at least to start with).

(Not like some techies who insist you learn everything all at once – mad.)

In fact you might want to use Facebook on more than one device – maybe on your PC at home and on your smartphone. You can have the same account on more than one thing, so you can add news, photos or whatever to it whether you’re out and about with your phone or at home using your PC… Up to you of course, you don’t have to.

Without Facebook…
I know – I probably sound all enthusiastic about it. “But I’m not sure I want to bother using Facebook” you might say. Well, that’s fair enough and I’ve never said everyone has to use every new bit of technology. But without Facebook:

They’re just a few examples – and different people will use it in different ways. It shows how, really, it’s not about technology, it’s about people.

But you can only use it once you know how.

But you might have found certain things frustrating – or found you thought you knew how to do something but it sometimes doesn’t work. Or there might be other things you’re sure it can do, but you don’t know how or can’t get it to work. Or even things you don’t know it can do… but if you did, they’d be really useful to you!

Well, again, this book explains it all nice and simply, in plain English so you know exactly what to do. It takes the frustration out of using Facebook and makes it simple, so you’re not spending your time thinking about Facebook itself, you’re spending your time thinking about what other people have shared with you – and what you’re sharing with them – news, photos, videos, whatever.

It’s about privacy. After all, if you’re sharing all this information on the internet, you might stop and think about who’s going to see it?

Are you happy with the whole world seeing photos of you that you put on there? Some people are, some people aren’t. But then if you mention you’re going on holiday, that might be a different matter – you certainly don’t want the local burglars knowing that!

Well, you can keep things fairly private – so it’s really only for people you know. It’s not particularly hard to do, but it is important. The book explains the issues in a straightforward way. Then it tells you what you can do about it. Some things we’d strongly recommend – others it’s up to you depending on whether you’re bothered about the world seeing your embarrassing photos. But at least then you know so you can make the choice.

What’s covered? Well, for example in Facebook One Step at a Time, you’ll discover:

That’s not all of course, there’s lots more – but don’t be put off by how much there is… You don’t need to take it all in straight away. Find the bits that are useful to you now and you can always come back to the rest later.

This way it’ll all become nice and simple – easy and straightforward. After all, you don’t want to spend time battling with it – you want it to just do what you want.

How much does it cost?
If you use Facebook, Messenger, WhatsApp, Twitter or any of the other apps we’ve covered, I think you’ll get more out of them and find them less frustrating (and be at less risk of your private information being stolen) with these books.  And if you are thinking of using Facebook, you’ll save a lot of time and frustration. So how much does it cost?

You don’t have to pay now, though
I think it’s up to me to show you that the books are worth having. So if you’re not sure if they’re for you, you can order now on a free trial.

We’ll send them out to you and you don’t have to pay a penny until you have a look at the books and decide you’re happy with them. Otherwise simply send them back and owe us nothing.

One more thing I should say…
I’ve got a free gift for you if you order both Facebook One Step at a Time and Messenger, WhatsApp, Twitter, Instagram… and the rest at the same time.

A free copy of…
You see, while we were working on the books, Ellen (one of our crack team of editors here at Helpful Books) had a thought. “What about people whose Facebook account gets hacked?” It does happen – and it can mean someone else takes over your account, using it to spread spam or run adverts for all sorts of things – and it looks like it’s coming from you.

Worse, you might not even realise it’s happened. And all that time, your account could be spamming your friends and advertising anything and everything to them. Or even being used to spread extremist views that you really wouldn’t want to be associated with.

A good point – and not something we’d covered in the books because it’s not about how you use Facebook or any of the other apps.  So Ellen went away and put together a short booklet: “What to do if your Facebook account is hacked, how to spot it’s happened and how to avoid it in the first place”

Not the snappiest title, but it does exactly what it says.

And if you order both books together, I’ll throw a copy of this booklet in completely free – fully updated for 2022.

(This is the ONLY way to get hold of an up-to-date copy. It won’t be for sale separately, at any price.)

Best do it today
Best put your free-trial order in now, while you think of it. Just give us your name and address to send the books to here (it’ll only take a minute or so and you don’t need to put credit card info in as you don’t have to pay until you’ve decided you’re happy with the books) or call 01229 777606 and ask Emma, Jade, Alicia, Karen and Steph (or one of the rest of us if the phones are especially busy) and ask for the Facebook books.

We’ll get your books in the post to you the very same day (if your order reaches us by 2pm Mon-Fri). 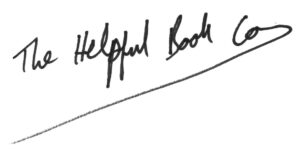 PS
If you’ve ever thought about using Facebook… or tried it but found it frustrating… or use it but think you could get more out of it or find it easier, then best get your copies ordered today.

After all, you pay nothing now and if you aren’t happy with the books, you can send it back and owe us nothing (but still keep the free gift). But I’ll be surprised if you don’t find they’re exactly what you need. Why not do it now, while you remember?